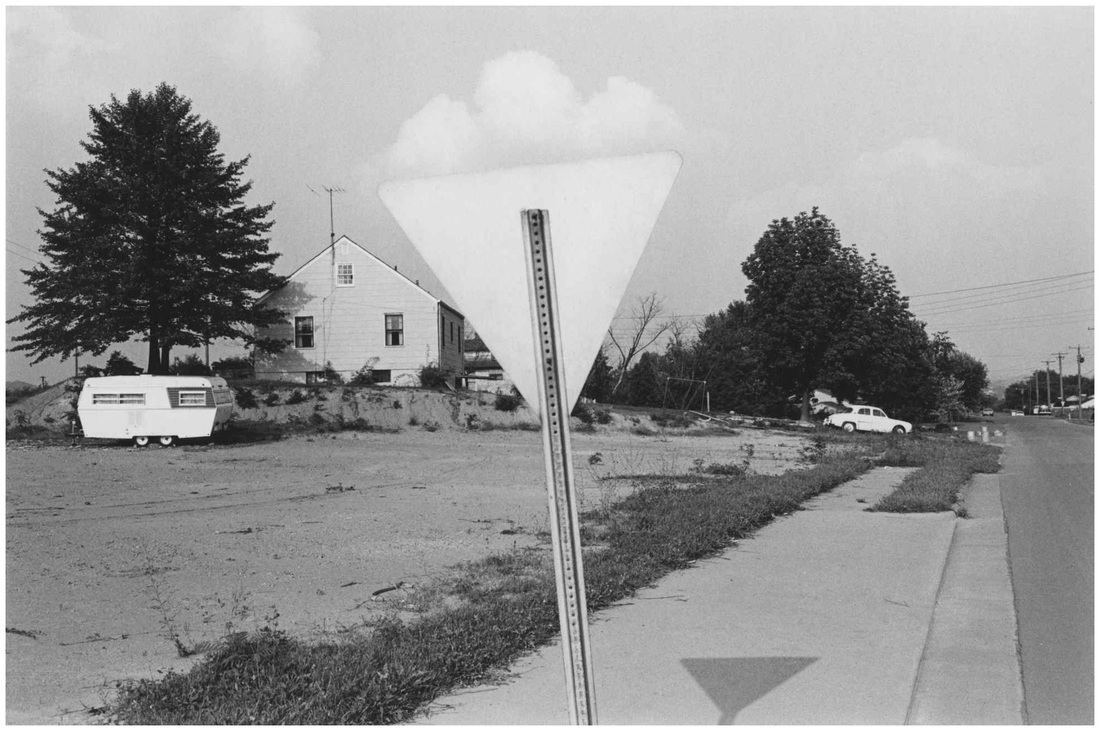 If I was describing this photo to someone who couldn't see it I would say that the photo is in Black and White it has a sign post in the centre of the foreground, To the left side there's a small old fashioned camper van in front of a huge tree that is in silhouette, There's a small bungalow in the middle ground witch seems to be in quite a poor american town, There's a tree on the right side to the sign post witch has a small car. The photo has high quite contrast and is a dark and gloomy photo. It also has a composition of three triangles evenly spread but it takes some looking to find.

The main focus to the photo is the sign post in the centre of the foreground. Witch is backwards and seems to be covering something else in the photo. The sign is a triangle thats on a slanted pole. The whole photo is in focus apart from very distant road on the right hand side.

The most interesting part to me is the large tree in the left hand side in the middle ground. i like it because it's so big and it's in silhouette i also like the road with the telegraph poles that lead to a focus point in a distant city or town.

Questions I would ask the photographer about the photo are:
If i lived in the photo I think the weather would be hot and stuffy, I think I'd be able to hear young kids playing in and around the empty roads
I feel like it would be the type or neighbourhood where everyone knows everyone and the men would go on hunting trips etc.

I think the photographer took the photo as they realised the triangle pattern or maybe it's something personal like something happened in that location and its to remind him or her of that thing or day.